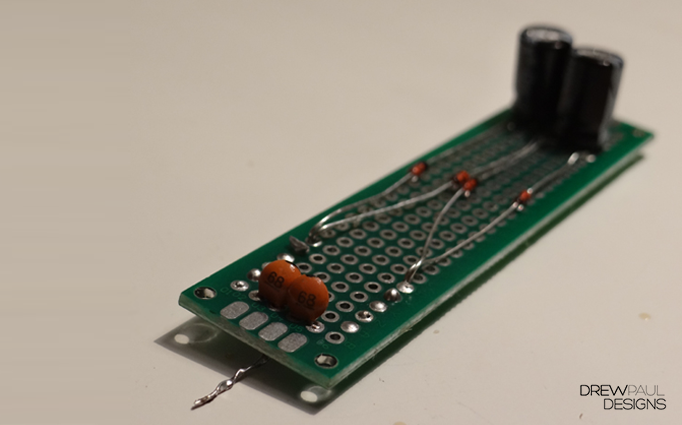 Sardonic skepticism was my first reaction to this unusual concept, as well.

Though, its not so far out there, in fact. Light can be converted to DC current with solar panels, electricity can be converted to magnetism as I did in my last article, in a microphone sound waves are converted (​by vibrating a magnet near a coil) to an electrical signal, solar rays can even be focused and converted to heat in devices like this. When we think about it, energy is all around us and can be harvested in an enumerable many of ways.

Today, we are going to take a rather novel approach to this venture. The earth is magnetic and anyone who has ever used a compass knows this. Magnetic bodies in motion produce electricity, we can see this in any alternator, like the one in your car. So, therefore the earth is electric as well as magnetic, by their very definitions. 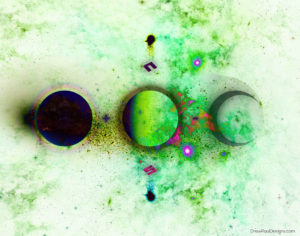 Can we detect this energy? Yes, we sure can! Ever turn on a radio in the middle of nowhere and heard static? That is your radio picking up naturally occurring energy in the RF spectrum!

Can we use this energy to do work? Absolutely! This has been known for a long time. Crystal radios have been around since before the 1930’s and can run with no input energy other than the radio signal. Even when completely isolated, but from the atmosphere, a crystal radio will produce a voltage in the earpiece resulting in a sound (albeit and undesirable one).

Well, this is where it gets interesting…

Can we replicate this effect? Yea, and with modern components like the high quality crystals found in germanium diodes, we can even increase efficiency. By applying this concept as a contemporary crystal energy receiver, we can also take advantage of a wide range of energetic frequencies rather than tuning in to just one. Can we scale it up? Definitely. Things like micro germanium diodes, high efficiency antennas and compact contemporary capacitors make the components that are required to build a crystal receiver fit in the palm of your hand. While there may or may not be a more efficient way, this renewable energy solution is simple to employ and can be scaled up, or down, indefinitely.

It sounds like we can build a Crystal Energy Receiver.©  Let’s give it a shot… 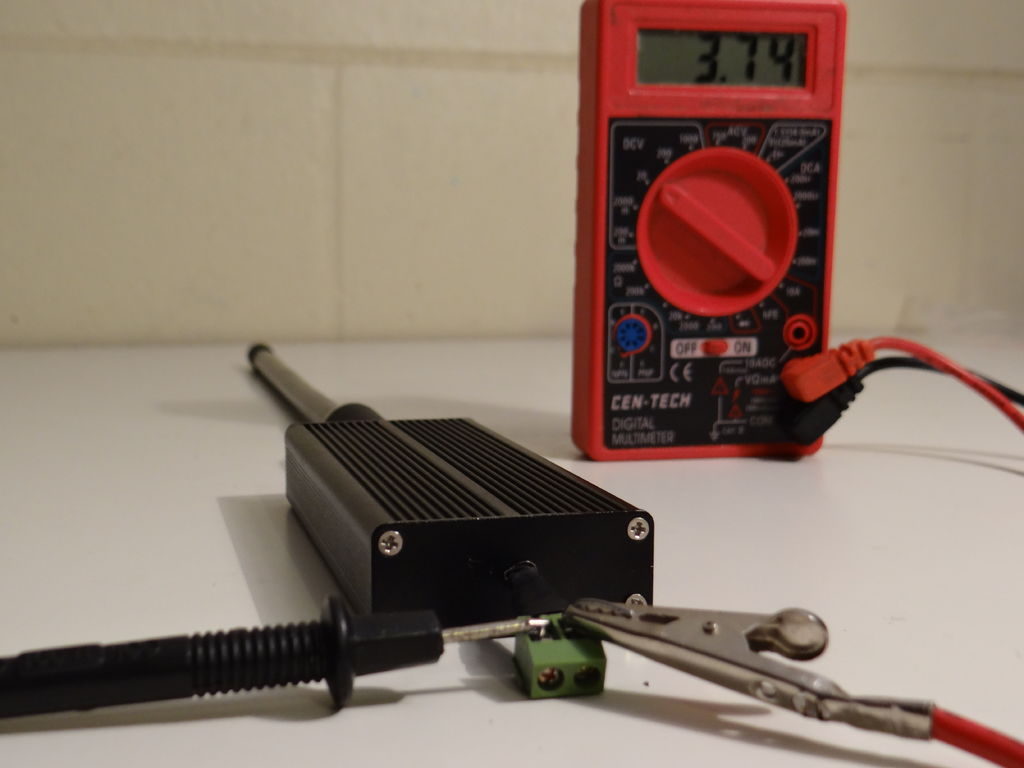 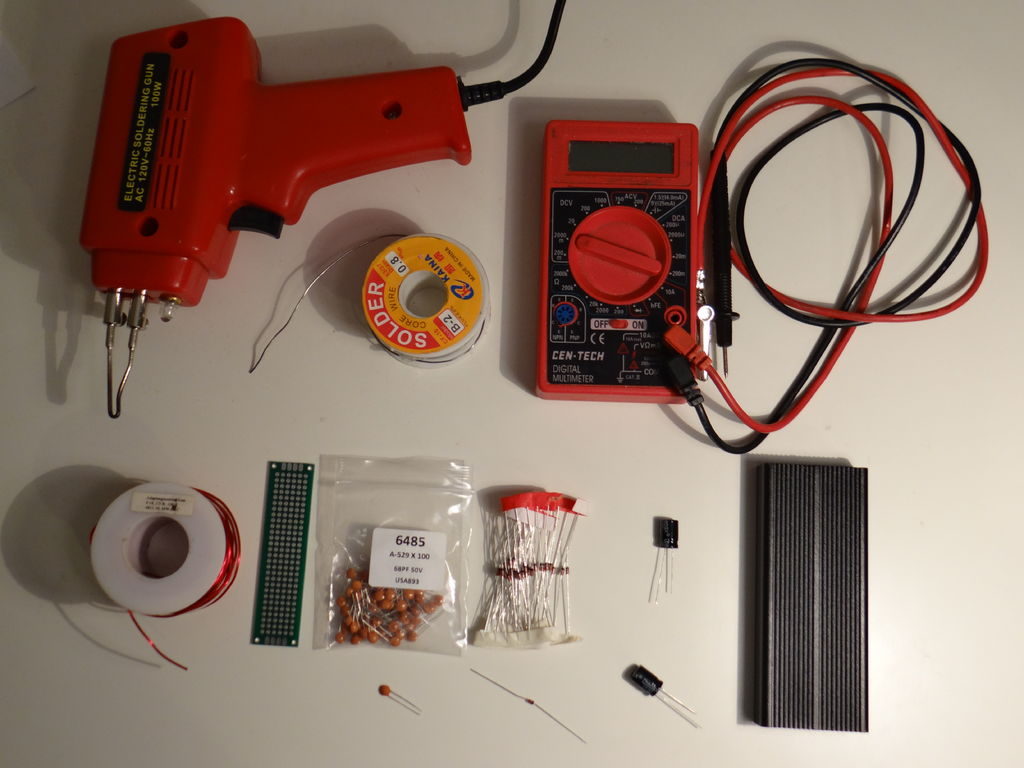 One of the reasons this particular renewable energy harvesting method is so viable is the relatively few and easy to obtain materials required.

The simplest crystal receiver design needs no power and can be built with only three parts: a coil, a crystal and a resistor. We’re going to optimize that design in order to produce a cleaner and more reliable output signal by first polarizing the input amplitude, then rectifying and filtering the signal. Then we’ll add an antenna, case and connections.

In addition, you’ll probably want to get:
(1) Project box (optional)
(1) Antenna (a loop antenna or elevated antenna is recommended and can be made with copper wire) 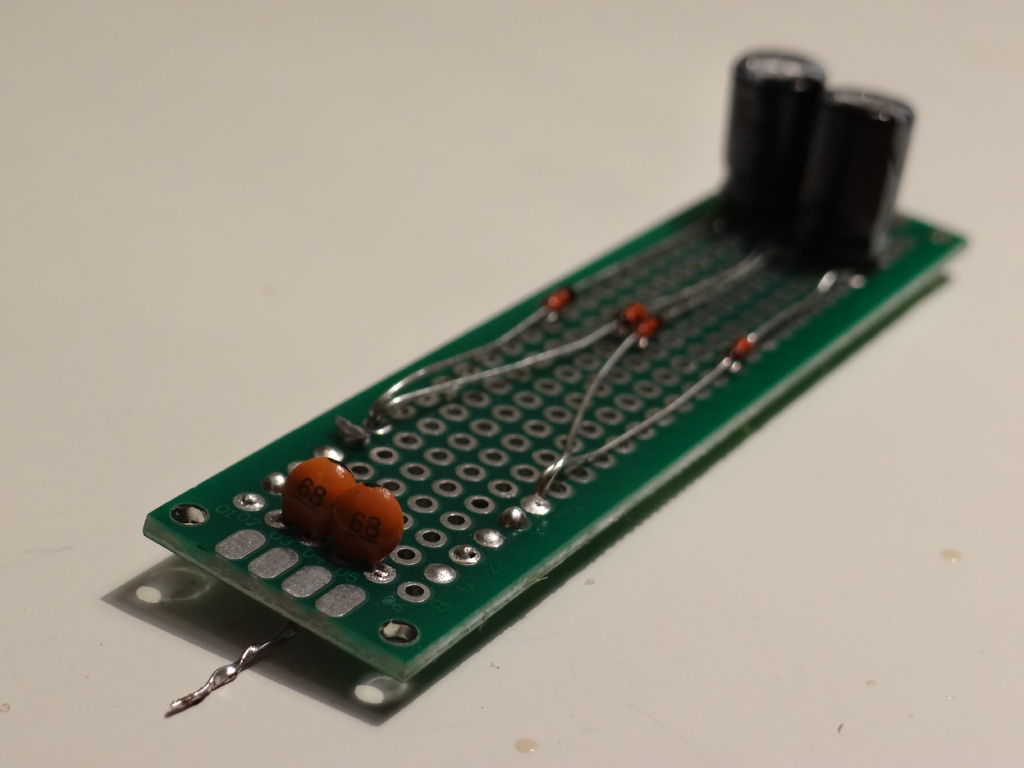 We’re going to build the simplest version of this circuit variation in order to understand how each component interacts and as a proof of concept.

There are three simple systems at work in the circuit that are composed of capacitors, which store energy, and diodes that direct it.

Energy in the band of radio waves, among others, will vibrate a wire antenna on an atomic level, sending a discernible signal to its lead. This signal will then meet the junction between two ceramic capacitors wired in series. This junction will force positive charge from the wave to travel in one direction and negative charge in the other direction which, when collected again, makes the signal uniform and polar. Connecting the two capacitors in series creates leads on each end; the now positively charged side of one and the now negatively charged side of the other creates a two cell battery. This stage of the circuit takes a signal with a net value of zero, adds the absolute values of the positive and negative amplitudes with respect to the origin and produces a positive integer. This concept can be thought of as taking:

To each of these leads from our two capacitors in series, we will connect two crystal diodes, one facing each direction, to form what is called a bridge rectifier. A bridge rectifier is a configuration which will convert an alternating current to a direct one by cleverly rerouting the signal.

By connecting the bridge rectifier as shown in the circuit diagram, this direct current from the diodes then charges the electrolytic capacitors. This stage normalizes the amplitude, making the current constant and usable.

Components can easily be twisted together for testing and then soldered to a circuit board to secure. 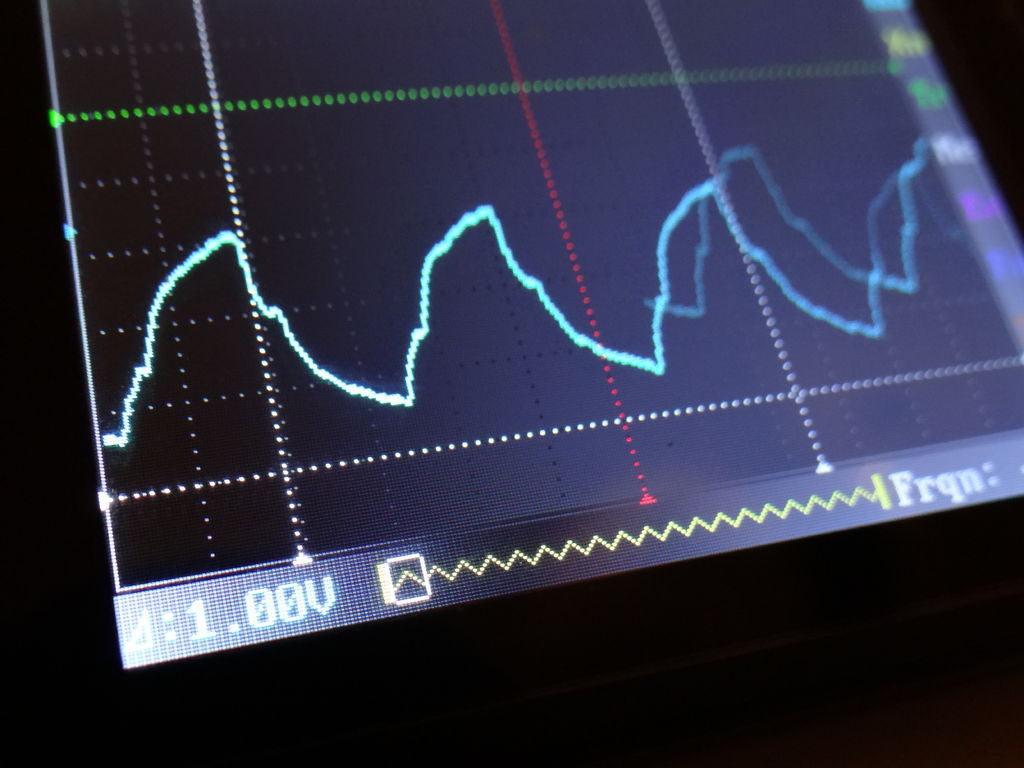 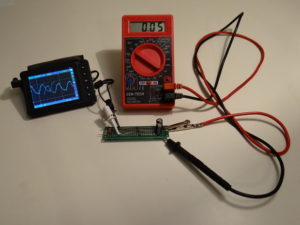 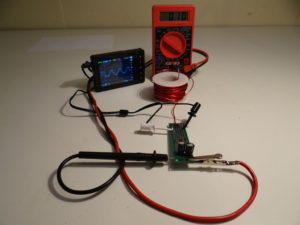 To test and analyze our circuit, we’ll be using a digital voltmeter and oscilloscope.

Then, by connecting a voltmeter to the output, we’ll immediately begin to see a small voltage climbing in the 10-100mV range. If not, we’ll want to check our connections and make sure the circuit is not isolated from the environment by taking it outside to a clear area.

By connecting an oscilloscope to the outside leads of our two ceramic capacitor bank, we will see the the polarized signal being captured from the air around us. We can then connect after the diodes to see our varying direct current and then to after the electrolytic capacitors to see a normalized, usable direct current at our output.

We can then optimize the input resistance in two ways. Firstly, we can add additional ceramic capacitors in parallel to our original two and make sure our soldered connections are consistent and thick in this area.

We can optimize the circuit’s capacity by adding electrolytic capacitors in parallel to our original two which will allow this circuit to charge slightly when not in use. For this purpose, a charging circuit can also be added here in order to incorporate an optional battery bank.

We can optimize the antenna by attaching loops and coils of copper wire in various positions, store-bought antennas or by stringing some wire up to the highest point you can reach.

We don’t have to stop there, either. We can now connect multiple circuits in series to increase voltage or in parallel to increase current. This can be done indefinitely.

Add a Case and Antenna 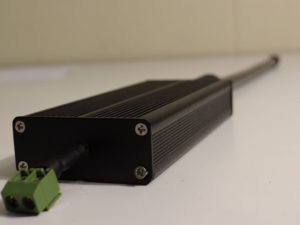 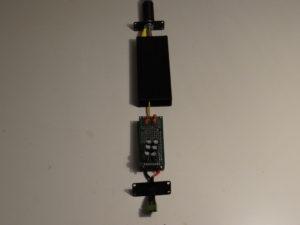 After choosing an antenna in the last step we’ll now want to permanently wire it. Whether you choose a compact antenna for portability or a tall fixed antenna for power and range, we will wire it in the same manner according to the diagram in the previous step. Note that the input on the configuration here is grounded to the metallic case, and thus the users hand, and incorporation of longer antennas will require proportionally more substantial grounding.

We will then attach a terminal to the output to allow us to connect this circuit to an electrical device or charging circuit and battery bank.

Next, we will add a case, making sure to isolate exposed leads with non-conductive material especially if mounting in a conductive case. A piece of cardboard secured with glue is sufficient for the circuit’s bottom and shrink wrap or electrical tape can be used in the case of any additional exposed leads. Drill two holes in your enclosure, one for the antenna or antenna lead and another for your output terminals. You can then insert your components, fasten the enclosure and your device is ready to use!

Your Crystal Energy Receiver© is Complete 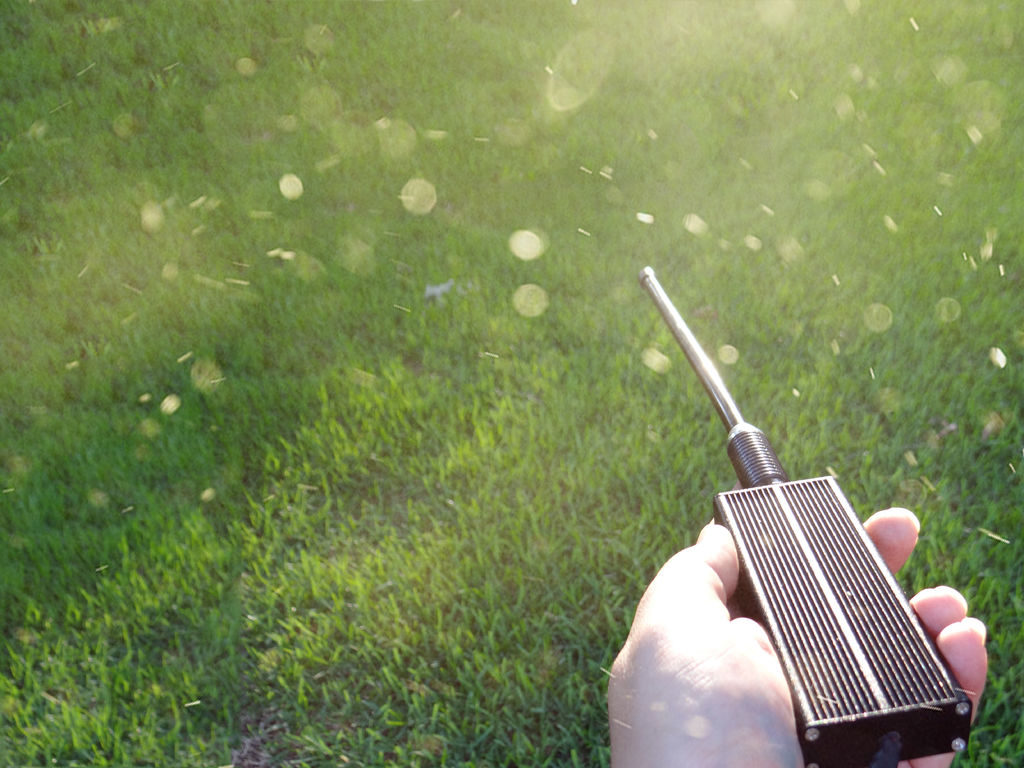 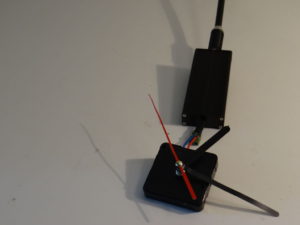 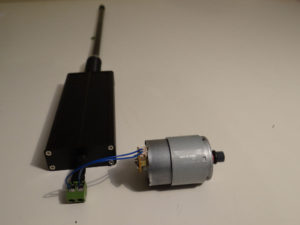 Your Crystal Energy Receiver© is now complete and ready to use!

I built a portable version, for proof of concept and demonstration purposes. However, you can go as big as you want- to passively charge batteries or run equipment remotely; or go as small as you want- to power sensors, RFID devices, small electronics and more.

I used this harvested energy to easily power a low-consumption quartz clock, a digital chronograph with integrated circuits and LCD and was even able to momentarily rotate a small dc motor.

Because of its simplicity this device is a durable, efficient and reasonably effective method of harvesting radiant energy in a simple, replicable and sustainable way. I humbly hope that the contributions made here, and by those reading, can be one day used by people worldwide to conveniently capture free energy.

Want to build it? Get the Kit!
Crystal Energy Receiver Kit
$66.00+s&h
Order Now
Next
The Initiative

Hello Mr. Paul,
thank you for sharing this idea for generating energy, it sounds like an excellent idea for recycling wasted radio signals. If you aren’t too busy, could you please post details on the components, in case I already have them.(please excuse me if you did and I just missed them)

If you are interested in renewable energy, I ran across an interesting idea for generating electricity using a cavitation engine. The way I see it, it pumps water into a chamber, spins a cylinder with holes in the chamber to purposely create cavitation and vaporize the water, then use the resulting steam for spinning a generator. I think someone claimed that it can run itself using the steam(over-unity), but I’m not so sure that is true. A way it might be possible is if the bubbles imploded with sufficient strength to cause nuclear fusion(see second link). I am skeptical of this, but there are claims that it works. I think was is a fire station running on it, but they might just be using it as a heater, an not claiming over-unity, and I haven’t looked into it recently.