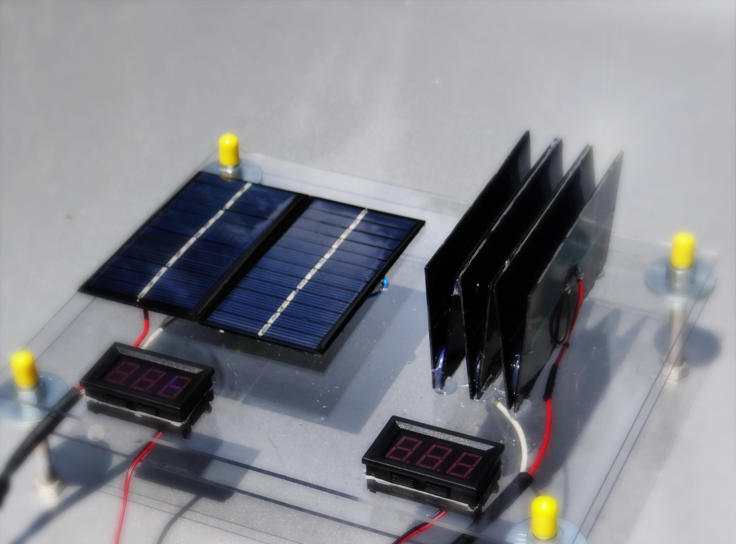 Solar panels are cheap, and due to improvements in manufacturing, economies of scale and other factors, they are getting even cheaper. But, that leaves most of us with the problem of where to put them. While solar panels are easy to come by, land and roof space to put them on is not. If fact, it is quite the opposite; solar panels get cheaper while property prices increase.

Land is an expensive part of solar farming in most cases.The technology described here has the potential to save us billions in the development of large scale solar applications by reducing land costs, and in addition, this particular advancement can make energy independence truly possible for the average home owner.

Let’s find out how…This discourse from the standard method is based on our findings from previous experiments to determine the nature of light. Now that we have determined that light is a wave and not imaginary particles, we can begin to treat it as such and by doing so we can then reap the benefits of our new found knowledge.

If light were particles, then to optimize for efficiency we would want to maximize area on the plane perpendicular to the source in order to collect as many of these particles as we can. But, it is not. Light is a wave, a vibration with an energetic potential difference between points of positive and negative amplitude.

So, rather than collecting “photons” like particles in a bucket, let us harvest the energy from a wave of light in a way similar to other known waves.

Sound, for instance, can be captured very efficiently. As a sound engineer for many years I have witnessed this for myself. Sound waves, for a given area, are best absorbed not by a flat wall but by an array of ridges known as studio foam. In “the quietest place in the world,” Microsoft’s award-winning anechoic audio lab, the walls are composed of long wedges which cause the sound to reflect multiple times, each time losing an amount of energy to the wedge.

Knowing that light is a wave, we can take advantage of that same property and given that light is of a higher frequency than sound (0.003-7.5 x 10^14Hz at 299,000,000 m/s compared to 20Hz-20kHz at 343.2 m/s) we will have more reflections for a given distance and therefore more opportunities to capture that energy.

We will keep in mind that, when capturing the energy of a wave, at every successive interval energy will decrease because amplitude is lost at each reflection point. This will result in exponentially decreasing energy with respect to the number of reflections. But these reflections, if graphed based on our theoretical geometry, show a fractal pattern pattern of data that is additive at every point of reflection. At the scale of this experiment we will be capturing the energy from up to 100,000 reflections or more, opposed to one single reflection captured with a typical flat solar array orientation.

In a recording studio environment it is advantageous to reflectively direct sound waves into wedge-like cavities to absorb that energy instead of allowing the sound to bounce off the wall while maintaining a large portion of it’s energy. In a solar array, as we are about to find, it is similarly advantageous to do the same.

Instead of letting light hit our solar panels and bounce off as wasted energy we will set up a configuration that reflects each light wave multiple times extracting more and more energy each time. This reflection will cause the inside of the solar panel configuration to appear darker than a standard flat configuration which we can observe by measuring reflected light traveling in the inverse direction as the source. Most importantly though, we will observe that by taking advantage of the known wave properties of light, we can extract significantly more energy for a given area.

The basic parts of this configuration are simple and are the same components used in any solar array. We are simply going to optimize our configuration to produce the most energy from a given area.
The core of the parts required are, of course, the solar cells. We are going to design a configuration that allows for more of them to fit in your yard, on your roof or on your town’s solar farm.

For this project, we’ll be designing a handy platform for testing, experiment, optimization and demonstration.
Once you see for yourself how much more energy you can get from a square inch, you’ll want to immediately scale it up!
Let’s begin with a small scale version first, though.

You may also take this time to review and print the attached diagram which includes a data sheet to be filled out during testing.

Once we have our materials in order we can proceed.

We are optimizing for area. Solar cells are easy to come by; space to put them is not. Let’s use this novel configuration to maximize our use of space.

What we will be doing is geometrically orienting our solar cells to:
Firstly, capture more of the energy by minimizing losses due to reflection, and additionally, fit more photo-voltaic material in a given space.

The first step is to wire our cells and according to the previous diagram we can fit two traditionally oriented 2×4″ cells in an area of 4×4″, and with the new orientation design presented here we can fit six 2×4″ cells in a space of only 1.5×4″.

Our first pair will be our control, the same old solar panel configuration. We’ll wire them up in series and signify the leads by attaching appropriately colored wire.

Our next array will be our experimental setup which contains six cells in series as well which will keep current constant for this experiment allowing us to measure variable voltage. Allowing an extra few millimeters in the length of the wire used for your series connections and pre-bending them will avoid binding in the next step. You may also add your output leads to the opposing positive and negative terminals and your wiring will be complete.

Take this opportunity to test for functionality and continuity.

Now we will be implementing our knowledge of the nature of light through the use of wave theory, vector analysis and geometry. Sound difficult? It’s not.

First though, we will orient our control set side-by-side just like every solar array you’ve ever seen.

Next, we will produce the experimental array. This can be built according to my specifications or adjusted at your discretion. With our set of six wired cells, we will attach them one at a time with glue. We will pair our cells in “V” shapes with a measured angle of 22.5°, which results in a gap at the open end of 0.5 inches for each pair. This can easily be recalculated for cells of a different dimension. Each “V” should have the solar cells facing inward. We will now attach the three pairs with glue which should result in an overall width of only about 1.5 inches, as shown.

These two arrays can then be tested again, adjusted if necessary and put to the side.
It is important to have a level, stable and consistent platform to keep all variables constant for experimental purposes. We will be measuring distances from artificial light sources to a high degree of accuracy and placing the platform in natural light which must remain exactingly consistent for accurate results which can be dependably scaled up.

To build this platform we will attach our components to a sheet of plexiglass or other suitable material. First, plan, measure and trace component placement on the sheet based on the supplied diagram. Then, drill holes for wiring and in the corners for mounting and cut holes for your meters. You will want to drill corner holes in both sheets simultaneously for parallelism after the wiring and meter holes have been made in the first sheet.

You may then mount your two solar array configurations side-by-side and upright, on the same tangent with reference to a light source above. Next, mount your voltmeters and wire them accordingly. The meters serve for demonstration purposes but I also incorporated additional leads to attach a multimeter for more accurate experimental readings and better display in bright sunlight.
Once complete, add a nut to your bolts and drop on the sheet with holes in the corners and ensure it is level. This sheet will serve as a bottom cover. Add another nut to secure the bottom sheet and for spacing, then add your top sheet with components mounted and secure it in place.

The experimental platform is now ready to test this new and innovative solar array.

Testing can be performed by the following methods.

This array can be tested laboratorially in the presence of a consistent-lumen light source such as a standard lamp. With a single artificial light source in close proximity, we will test each array independently in order to keep input constant. First, place a light meter on the flat control array, apply constant light and note the lux reading. Then, carefully remove the meter and note the voltage. With low intensity artificial light, your meters may be insufficient and a more accurate powered multimeter may be required to obtain a reading. Then, repeat the process with the experimental array. It is very important to ensure both tests are performed at exactly the same light level. Because the experimental array sits higher, you will need to adjust your light source in order to test at the same lux reading as your control. Once you have reached a lux reading precisely equal to your control test, carefully remove the meter and note the voltage.

You will find that even your experimental array produces significantly more power even though it requires only a fraction of the area!

Repeat the process outside in natural high intensity sunlight and the results will be compounded even more!

To calculate the efficiency increase with respect to area, we will adjust voltage for input variance if necessary, calculate voltage per square inch and simplify which will give us a qualitative result which we’ll call our efficacy coefficient

My tests show an improvement of 670%, over six times the energy from the same space!
This technology has the potential to allow for the roof of a single family home to produce enough power for complete energy independence and will result in solar farms being only a fraction of the size and cost. This type of array can be used on electric vehicles with limited space like electric bicycles, electric cars and even to power geosynchronous satellites in space.

Try the experiment for yourself, record your data and then scale it up to power your home, electric car or anything else. Use of this principle in conjunction with modern photo-voltaic cells will result in world record efficiency. Try combining this configuration with a solar tracker and you will be able to harness more solar energy from a square meter than you ever thought possible.

Next
WIRELESS ELECTRICITY, EFFICIENCY AND IMPLICATIONS

wow why don’t we have this already?

This is a very astute observation and you are absolutely correct. This is only one stage of the optimization and, in application, would require being paired with parabolic reflectors or solar trackers.

Have you run this experiment with the cells standing up on end?

No, sure haven’t. What I am working on now is combining this array with a solar tracker. The benefit of this array is that it captures a higher amount of energy that a typical flat arrangement. It’s downfall is that if it is not properly oriented at all times its output decreases drastically. Therefore combining this design with a solar tracker or parabolic reflector will produce optimum energy output with respect to area. Thanks for checking out my article and stay in touch for updates.